"A great feeling in these rather wild times"

On March 8th, the professionals of the Uni Baskets Paderborn played their last game in the Barmer 2nd Basketball Bundesliga before the Covid-19 pandemic forced them to stop playing.

In an interview with aixit, Dominik Meyer, managing director of Baskets, explains how he has experienced the last few difficult weeks, what the next steps are and what role fans and sponsors like aixit play during this time.

Dominik, in the middle of March, you learned that the season will be cancelled. At that moment, you were in 6th place and for the first time since 2012, you had a chance to reach the final round of the 2nd division championship. Can you describe how you experienced this time?

Overall it was a very sureal time. We had an away game at the beginning of March with a lot of injured players, where I was sitting on the bench as an assistant coach and team coach. But the team did well, we won this game and then also the following home game against the league leaders Chemnitz. That we then missed three perfect games in a row with an away win on March 8 against the Artland Dragonsin actually annoyed me a lot. But when that sunday evening the Minister of Health Jens Spahn mentioned for the first time that major events with more than 1,000 spectators would have to be cancelled, it was clear to me that this would change everything.
Before that we only talked about the games and sports and, like many others, dismissed Corona as a somewhat stronger flu. From then on there was only one topic.
We were then in close contact with the health authorities and on Tuesday after that there was a press conference from the district health department, where it was announced that our home games could no longer take place - even with a limited number of spectators.
The Monday after that, just under a week later, it was decided by all of the league's managing directors that the league would be officially discontinued.

What has prevailed with you: the understanding that you can't do sports in such a time or the concern about financial problems, when you suddenly have no spectator income and don't know when and how to continue?

So first and foremost it was clearly understanding with the associated concern for health - especially for the players. What if a player is infected? We know the risk groups and sometimes some of our players were at risk.
Nobody could really handle the situation. At first, I only took care of the players because there was such an uncertainty. Our co-coach Claus Reinsberger, who is the head of sports medicine at the University of Paderborn, could help a lot.
Once the players were taken care of and we had switched to the home office, we quickly started to worry about the financial situation.
We formed a task force with the central topics: crowdfunding, sponsors, legal options. That worked well overall.

You just brought up the crowdfunding: You were one of the first sports clubs in Germany to sell virtual playoff tickets, giving fans the opportunity to support the club. How did it come about and was the action a success?

We have had a crowdfunding campaign before, which worked very well. So we already knew about the possibilities.
Since we were  annoyed that we were "robbed" of such a great season - even if nobody could do anything about it - we wanted to give the fans the opportunity to support us. We then invented the virtual tickets for an imaginary playoff game and sold over 1000 of them for 15 Euro each. That helped us a lot and showed us how much the Paderborn Basketball family stand together. A great feeling in these rather wild times.

How did the sponsors react when the league was shut down?First of all we expected reclaims, because we didn't know exactly how much our sponsors are affected by Corona. But that was not the case. We had a great expression of solidarity from the sponsors. Not one reclaim was made.
We did it the other way round and tried to help the sponsors, especially from the catering sector. We used our reach in the social media to sell vouchers and thus support the local economy.
And some sponsors supported us even beyond the contract. A few sponsors have bought playoff tickets. And you, aixit and another sponsor paid us a playoff bonus even though we weren't officially in the playoffs. This was not to be expected and I'm incredibly grateful for that, because we had a gap to fill due to the missing home games.

The first Basketball Bundesliga will play the German Championship with ghostgames in Munich from June 6th in a tournament with a strict security and medical concept. Would something like this have been conceivable for the second league as well?

Without spectators, a league  would not have been financially feasible for all clubs, as spectator income plays a major role in the budget.
In my honest opinion, this only works in financially strong sports leagues, which of course are financially strong because they get TV income. I also really believe that football or basketball would not be doing this if it wasn't for the pressure from TV stations. Since they are also afraid of losing subscribers or fearing recalls.
I think the security concepts of the DFL and the easyCredit BBL are very good, but I believe that without the pressure of the TV stations there would be neither the tournament in Munich nor the ghost games in the Bundesliga.
In any case, for the second league the cancellation of the season was the only solution.

What will the new season look like now? Do you already know something?There is a task force of the league, which plays through all scenarios. We were assuming that there will be a season and that the games will be played with limited capacity and under strict safety and hygiene conditions.
We will, of course, have to make savings, as we cannot yet fully assess whether all the sponsors will be able to extend their commitment, but at the same time, the salary level on the players' market will almost certainly fall somewhat, as the entire global market will be affected. Therefore, in the best case scenario this will more or less balance each other out.

It's suddenly quiet with you now. No games, no players, empty halls. Are there any positive aspects to this decelerated time?

We have taken with us that we will evaluate the home office in the future completely differently.
It is of course important that we remain approachable, for players, coaches and the whole environment. On the other hand, we have some tasks that can be clarified much better in peace. In the office, you can get out of the office quickly by phone or by visiting. It just works better at home. More peace - more serenity. Apart from that we gain a lot of time through online meetings.
Here we have learned a lot and made many positive experiences. Some of the IT companies in our area had no problems at all to change over, because they have been working so digitally and remotely for years. This was not the case with us, but it should be more so in the future.
It's a bit paradoxical, because the Corona crisis has slowed down a lot, but I still have the feeling that digitalization will set the course for even more and more effective work in the future.
We are also in discussions with partners like aixit about how we can strengthen the digital infrastructure to get there.

Finally the question: What does the managing director of the Uni Baskets Paderborn wish for the next months?Actually, we only wish for a certain planning ability. In this respect we are also approaching politicians. Especially for the indoor athletes it is very important to estimate how we are allowed to play so that we can plan the season in advance.

We wish them good luck and thank them very much for the interview.

As Platinum Partner of the Uni Baskets Paderborn and Senior Partner of FRAPORT SKYLINERS Frankfurt, aixit covers the status quo of its partner clubs at irregular intervals. For aixit this is part of a living partnership and a matter of the heart. 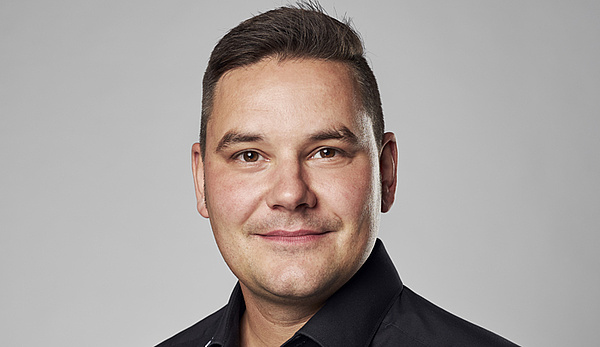